And just like that, all my base are belong to Cloudflare.

It started out pretty simply: Cloudflare offered front-end caching for your website, provided you ran your DNS through them. They would proxy the connections for me, provide SSL (through Lets Encrypt), and I could still update DNS through an API calls from a handy Python library that enables me to keep a DNS record pointing to my home IP address all the time (I need this for an IPSec tunnel I have to work).

This worked really well for a while, and so I have more or less moved off my previous DNS server.

It then became my web host

A while ago I moved to making my website with Hugo. I would (and still do) write the content in Markdown, push it to a git repo, and using Drone and Gitea, generate the site and publish it to my own webhost.

Turns out.. Cloudflare has a neat thing called Pages. Instead of publishing to my own Git repository, I can push to a private github repo, and it'll trigger a Hugo build within Cloudflare and deploy my site.

Then it came for my gallery

My photo gallery was one of the last hold-outs to automate. It'd been on my list to do this summer, but I never really go around to it - so as I fed more content into it from our summer vacations, I continued to use the existing build / rsync tools that I had already built. After all, they worked, so why not?

My gallery is built using Sigal, a python tool for generating static image galleries. I wrote my own theme layer using Bootstrap and LightGallery, and have basically been generally happy with the results.

The gallery is a bit larger than my blog - generally because my blog is just started fresh, and it's mostly all text at this point... thinking that Cloudflare would likely have limitations for what they'd be willing the host. They do, and the only one that I think I may hit is the 25MB file size. The few videos I have may exceed that. Changing the compression, breaking up the videos, or just outright putting the video assets somewhere else (like YouTube) may be the work-around for that problem I haven't bumped into yet.

I suppose I'm not sure what's left. DNS-wise, nothing is pointing at the shared hosting that I use. Mail for my domain is handled by Zoho's free tier (and is generally not used anyways). File synchronization is handled on my home server because I'm too cheap to pay for the many GBs of storage I would need. Local tools, like my RSS reader, function well enough on my home server since I'm generally the only one using it anyways ...

So yeah - just like that, all my public stuff is on Cloudflare. 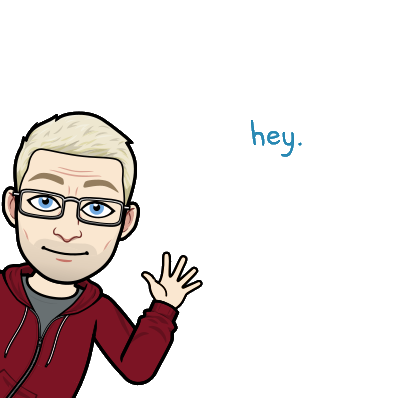